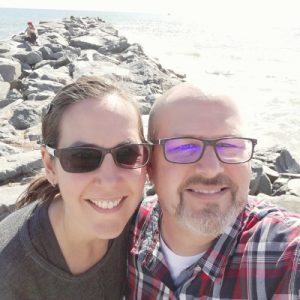 Scott has been married to the same, amazing woman, Anna, for almost two and a half decades. They have two sons, a daughter-in-law, and a grandson. He’s currently serving co-vocationally as part of the oversight team for GRASSROOTS Church in Colorado Springs, CO. He’s passionate about awakening kingdom dreams in people, equipping the church for service, developing kingdom leaders, multiplying apprentices of Jesus, and coming alongside church planters through coaching and shepherding.
Scott has served in a missional context for more than 23 years. He’s received a MAPS (Church Planting), MDiv. Equivalence (Trinitarian Theology), and D.Min. in Missional Leadership from Multnomah Biblical Seminary. He’s had the privilege of planting/replanting 5 churches, shepherding 3 other churches, and serving as the Program Manager of My Father’s House family shelter in Portland, OR. Over the last year, he’s also helped spearhead and lead the formation of Forge Colorado Springs, a local missional network and training hub.